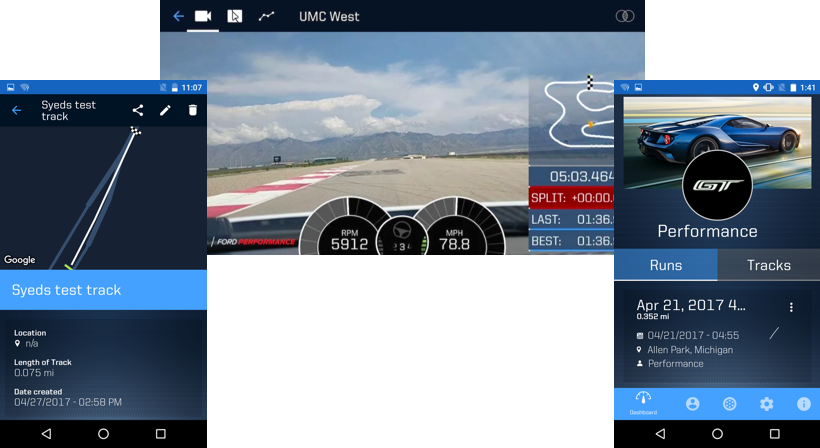 The idea behind the Ford Performance app was to provide drivers with a simple way to share their driving experiences via track-based data-logging, advanced analysis, and video sharing capability. Users would capture their driving experience by plugging in their smartphone to the vehicle’s center console (in order to leverage Ford’s Sync 3 capabilities) and then they would mount their phone inside the windshield to capture video. The app would then capture video along with the overlaid track data which can be viewed on the Infotainment system.

The Ford Performance team approached our design group with a challenge. They were curious about how drivers would use the app in their everyday life. What does the overall experience for users look like, from plugging in their phone to recording data and sharing? Is the app intuitive? Are there any usability issues?

Since the application was already in beta stage at that point in time, we decided a usability test will guide us towards the right path and help us understand the overall user experience of the app at its current state. So my partner Tim and I decided to get us ourselves familiar with the experience before the usability test was conducted. Ford Performance team was kind enough to lend us a gorgeous Shelby Mustang gt350 and few phones with the app installed on it for us to experiment with. We drove around our office area and performed a few of the basic tasks such as recording a run and creating a track from the run we recorded. We then brought the phones into our labs and started a discussion on how to design a usability test around the product.

This will be unlike anything we have done before as a portion of the usability test will have to be done inside a vehicle while the participant is driving and then we will have to bring them in our usability test lab to perform the tasks on the mobile phone. As for the test participants, Ford Performance team had two user groups in mind: moderate car enthusiast and pro or semi-pro drivers who participate in autocross or any other racing events.

We were looking to recruit Ford Employees from different departments who meet our criteria. After conducting surveys, asking around, and sending out email blasts, we narrowed our list of test participants to eight. Four car enthusiast and four with current or previous professional racing experience.

Tim and I worked on the usability test tasks that we want our participants to go through. We settled on 10 tasks (6 inside the vehicle and 4 in the lab) that we believed would help us capture the driving and sharing experience. These tasks included prepping the phone to record driving experience, recording multiple laps, creating a track out of recorded laps, doing a drag run, and reviewing and sharing the experience.

In order to conduct these tests, we knew both of us would be to in the vehicle with the test participant. We would take turns on facilitating the interviews and taking notes. We would ask test participants to rate the “ease of use” on a scale of 1 to 5 after each task was completed and refrained from giving out any hints unless it was absolutely necessary to move the session forward. We also mounted a camera on the back seat in order to capture user’s interaction with the infotainment screen. Over the next two weeks, we conducted the eight usability tests with the selected participants and gained lots of valuable insights. 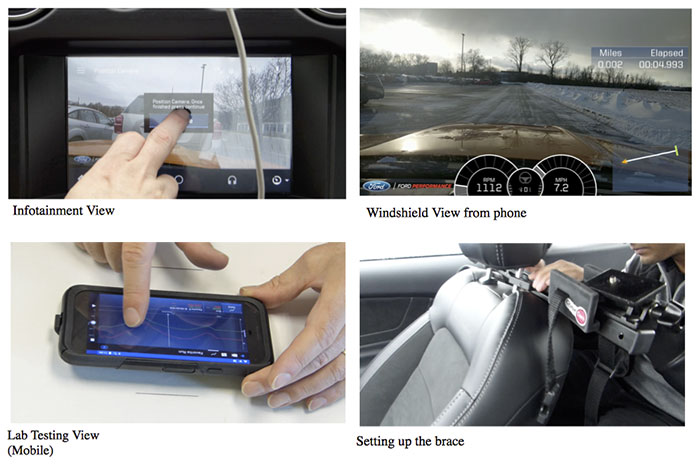 Test participants were pleased with how polished the app was at a beta stage and really liked the idea of using a mobile phone as a video recording device. “I mount a GoPro when I do rally racing, I love the flexibility of using my phone as a recording device,” said one participant. There was a lot of room for improvement as well, especially on the infotainment (in vehicle) portion of the app. Mobile portion seemed to work very well as users had little to no trouble going through the task. Below are some of our key findings from the usability test: 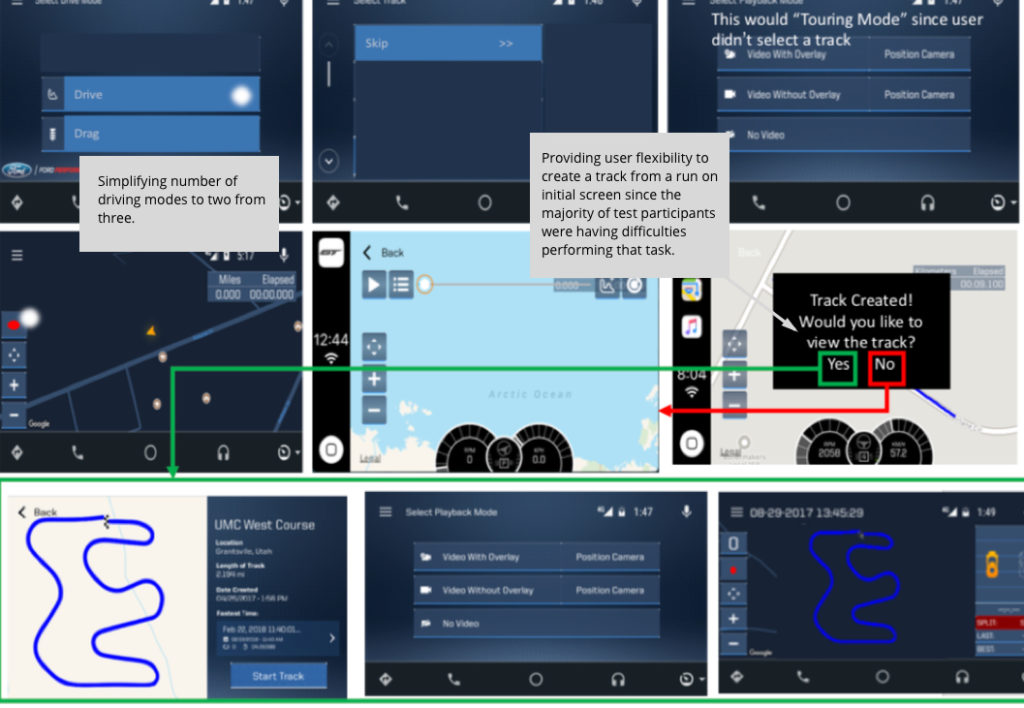 Even though I was not able to do any high fidelity Visual or Interaction Design for this project, this was a special project for me. I had the pleasure of working with some of the brightest and passionate engineers in the industry. I have learned a lot from my design partner Tim (who is hands down one of the best Usability specialists in the industry) about conducting usability studies in a unique setting as well. We were extremely pleased to learn that most of our recommendations have been implemented in the production release of the app. As of spring 2018, the Ford performance app is available for the Ford GT and the Shelby gt (for both ios and android).